Based on the 2019 census, Kandieng district administration was divided into 9 communes and 113 villages with a total population of 62,469. Kandieng district shared border on the west with Bakan district, on the south with Pursat town and on the east with Krakor district. The northern part is partly surrounded by the Tonle Sap lake, which located on the edge of the lake.

Vegetable is the potential crop contributing to improve the family economy of farmers there, that farmers can earn as daily income or in a short period of time. According to a July report from the Kandieng District Agriculture Office, the area under vegetable cultivation was about 63 hectares, which mostly were the leafy vegetables, since it is the traditional practice of the farmers there on the such crop for many decades. They thought that the leafy vegetables can be grown well in their area and each family just grows vegetables on a small plot.

Though infrastructure, especially canals and roads have been improved by the government, farmers still opted to grow rice as their main crop despite high production costs and low incomes, while other potential crops are also grown, but in a small scale, for extra income through integration and production rotation after rice farming.

According to the director of the Pursat Provincial Department of Agriculture, Mr. Lay Viseth, in recent years, the agricultural inputs such as fertilizers, pesticides and gasoline have doubled prices, which severally effected on the cost of production and profits of the farmers.

By seeing these problems as challenges to farmers’ production, PDAFF and Pro-Market have collaborated to promote new adaptive crops, which can be planted alternately on the post-harvested rice field such as orange and yellow watermelon and other vegetables that have the potential to increase additional income after rice farming. 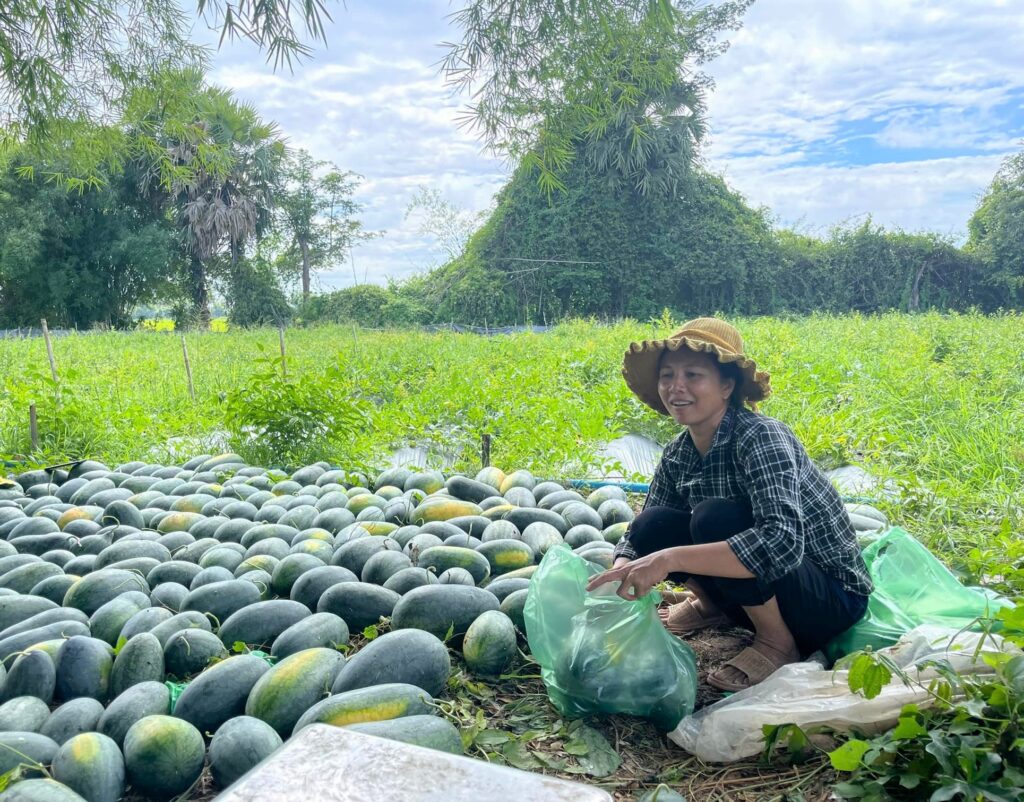 In collaboration with the Provincial Department of Agriculture, the project facilitated the selection of three model farmers to carry out the crop trial on yellow watermelon in accordance with the technical requirements for good agricultural practices and new techniques. Through this successful experience in crops demonstration, confidence and motivation has been built among others local farmers in Kandieng district to adapt and expand this new crop significantly. The Director and colleagues of PDAFF have shown good commitments to actively involve to encourage farmers to try growing this high-value yellow watermelon that they have never tried before and also helped strengthening new market opportunities for such a crops. As the average, farmers who grow yellow watermelon on about 1,000 square meters in about 55 days, they get about 2 tons, which earned about $ 1,000. With this better results, has encouraged other producers to select and expand this new crop on a large scale for commercial production. In addition, the group sale was noticeably enhanced through the experience gained during cross learning visits from other producers those with experience in group selling to large and medium-sized markets. 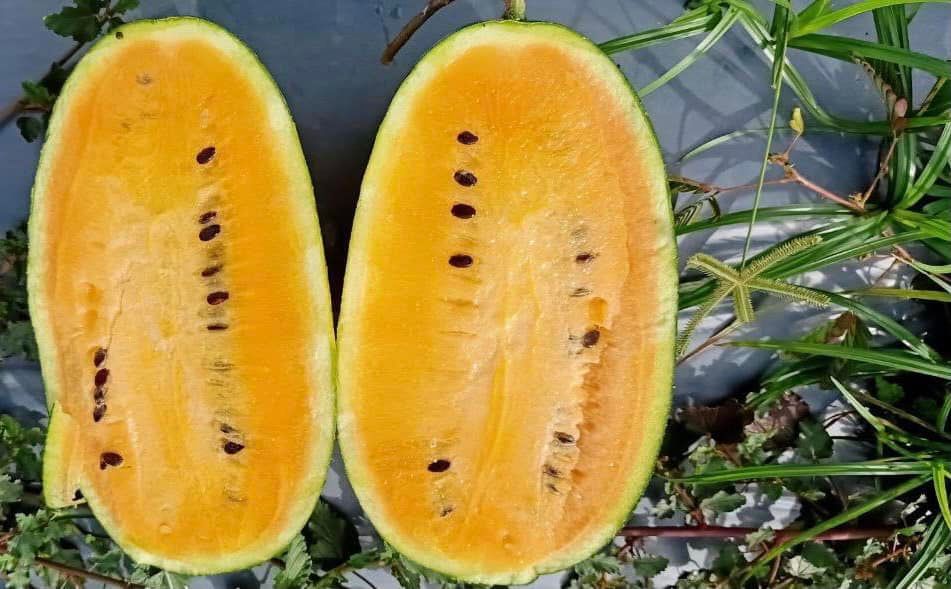 To ensure a constant supply of yellow watermelon to new market, the producer groups in Kandieng district gathered members who are interested in yellow watermelon production to prepare crop rotation plan for both local and out of provincial markets. 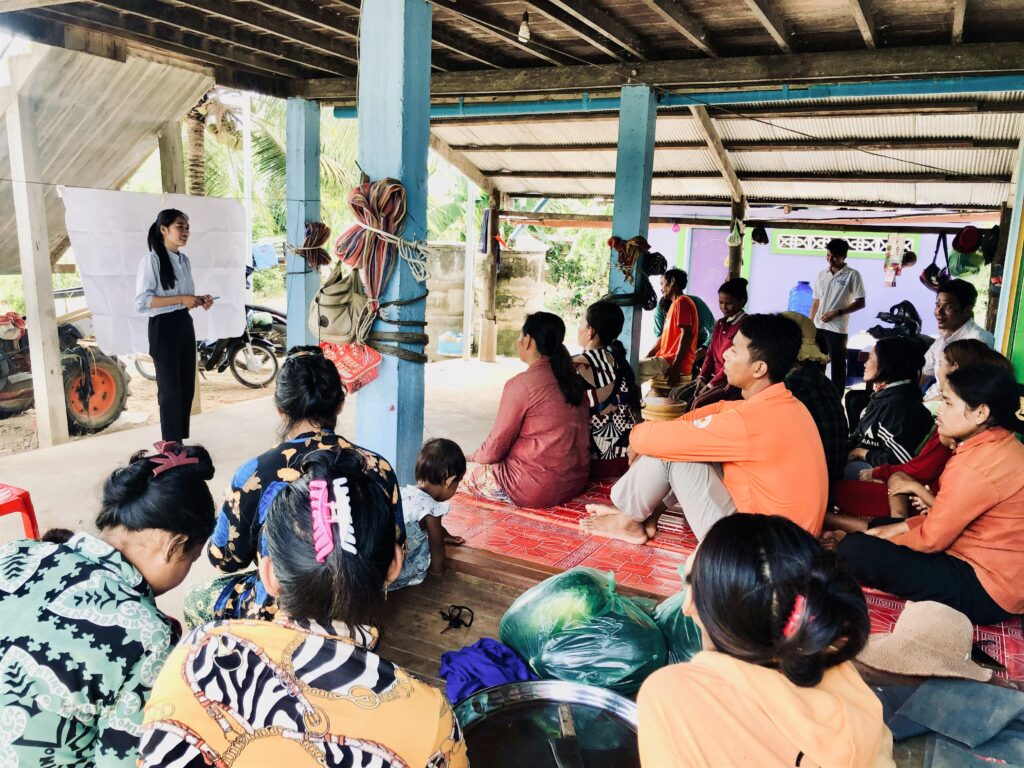 Mrs. Pech Tnagly, the head of the producer group in Thlok village, said that “Seeing the yellow watermelon has market potential with high price, the members of producer groups in Kandieng district have collaborated to plan rotation planting in a weekly schedule from one member to another by recording exact date of planting and harvesting for market supply. After implementing the collaborative planting plan, the members have increased confidence by expanding the cultivated area to supply both local and outside provincial markets.”

According to another producer group leader in Kampong Sambour village, Mr. Chea Sakun said that “Through Pro Market project supported activities, I have gained confidence through the opportunity to visit and learn with other potential groups in some province such as  in Battambang, Banteay Meanchey, Siem Reap, Kampong Chhnang, Kandal and Takeo provinces, which made me grasping a successful practices in crop rotation with rice farming, installed water resources and irrigation infrastructure, as new initiatives to increase agriculture productivity. 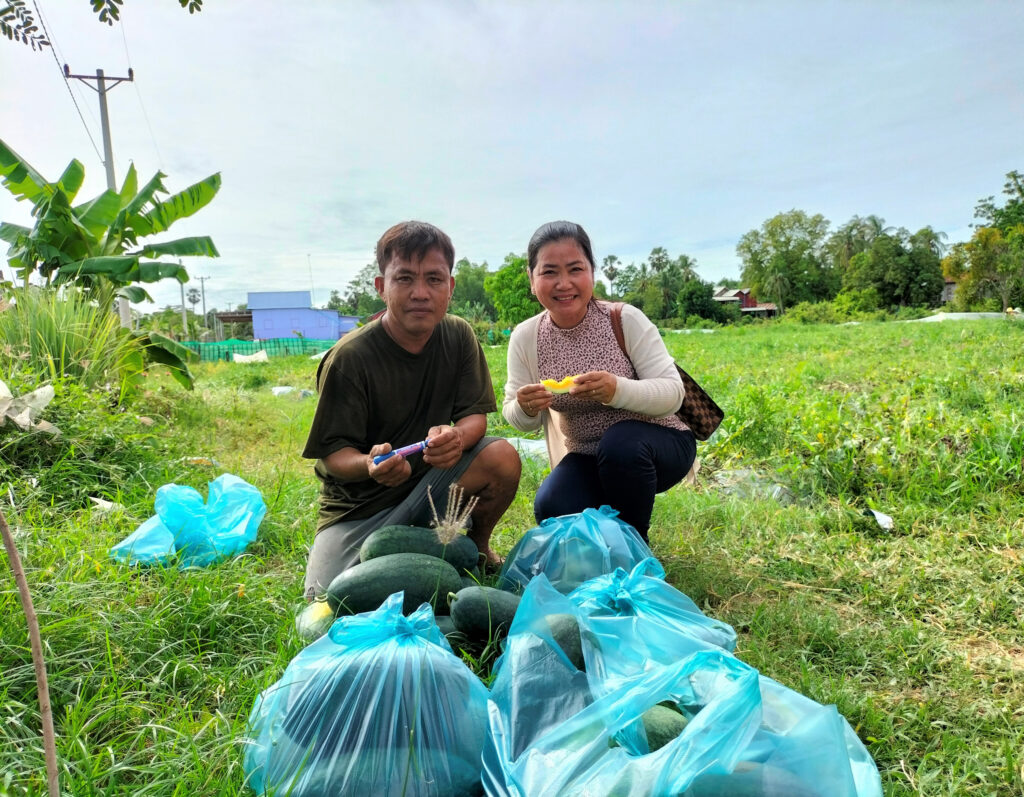 Mrs. Chey Channy, Deputy Director of Pursat Provincial Department of Agriculture, expressed her high confidence on the project implementation program. “Through the successful practical experiences of the project’s implementation with producers in the community, it has convinced myself as well as others officials that the project has significantly contributed to increasing farmers’ incomes by supporting both practical techniques on production and marketing and other innovative.