UNITE! Activism to end violence against women and girls 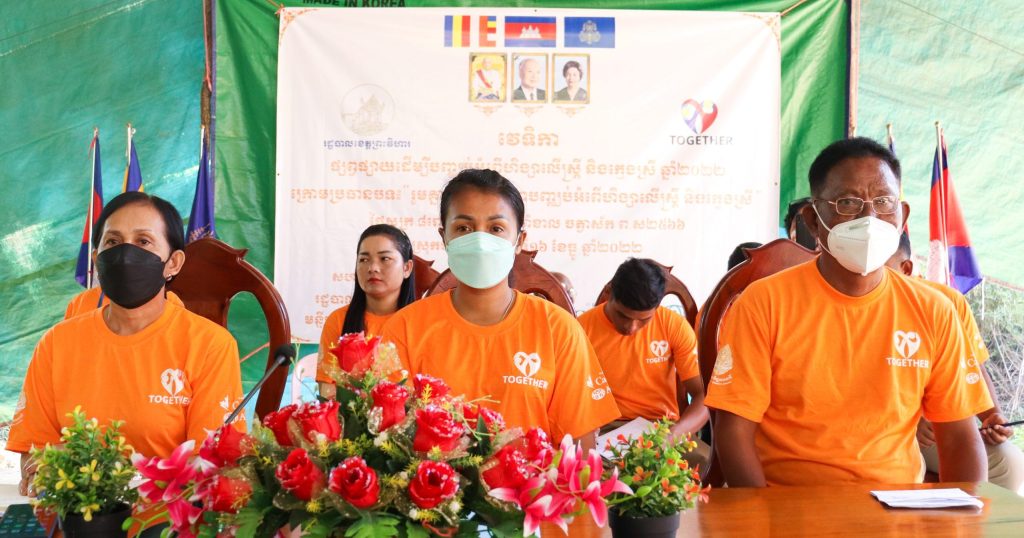 Preah Vihear and Kompong Thom province, – On December 16, 2022, ADRA Cambodia’s TOGETHER project team, along with the Provincial Women’s Affairs Department, the District Women’s Affairs Committee and the local authority leaders in Sandan, Chey Sen and Sangkum Thmey districts, conducted a Global 16 Days of Activism against Gender-Based Violence campaign on the theme “UNITE! Activism to end violence against women and girls.”

The campaign aimed to engage the whole world in the conversation by generating awareness and sharing important information. The campaign also recommended actions we could take to help tackle the global epidemic of sexual and gender-based violence and promote wellbeing by highlighting key issues and findings from the TOGETHER baseline survey and gender analysis related to early marriage, and sexual and gender-based violence (SGBV), which are critical areas of focus for TOGETHER. This campaign was in alignment with the Sustainable Development Goal #5 – Gender Equality.

The event was conducted in three locations on the same date with a total of 757 (407 females) adolescent boys & girls and parents/caregivers participating in the “GBV Activism Campaign” event  from 16 villages in three communes of Chey Sen, Sandan and Sangkum Thmey districts.

The key objectives of the event were:

The event was broadcast on the local television shows and media​ of TVK, Provincial Department of Information and Bayon TV and on the project Live Facebook page “Knowledge and Health for Adolescents” at https://www.facebook.com/Youths-Knowledge-Health-100346632716705

Mrs. Heav Chanry, the deputy director of Provincial Women’s Affairs Department in Kompong Thom, appealed, “We organize this forum to help eliminate violence against women and girls. One of the contributors of violence is misunderstandings and a lack of knowledge about gender and alcohol. There are four main types of violence: physical violence, sexual violence, emotional violence, and economic violence, which bring both short-term and long term effects. Please Stop Violence from now on!” 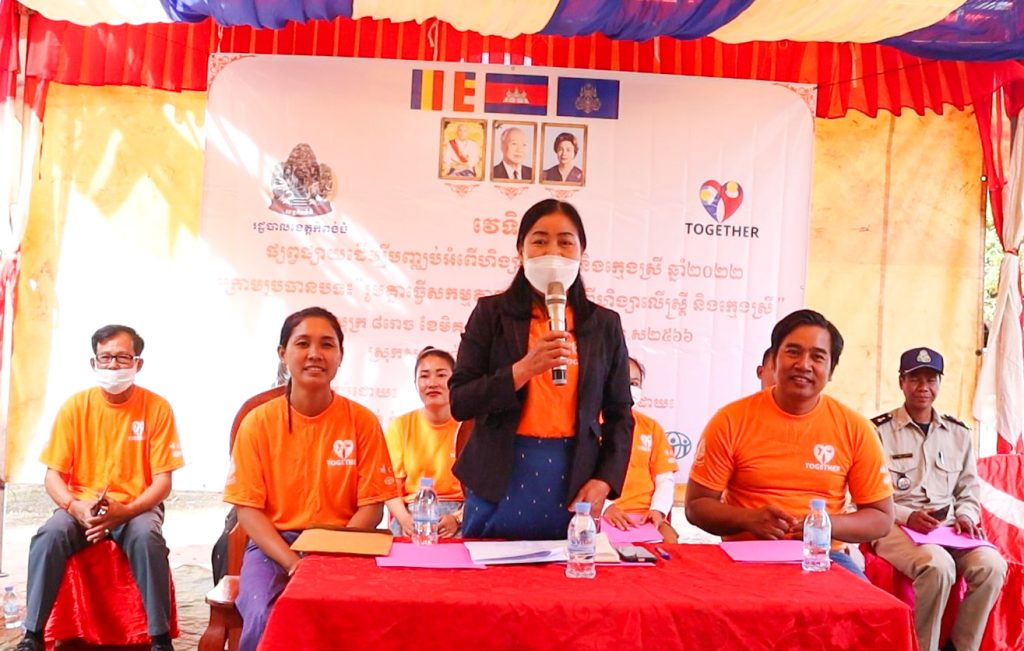 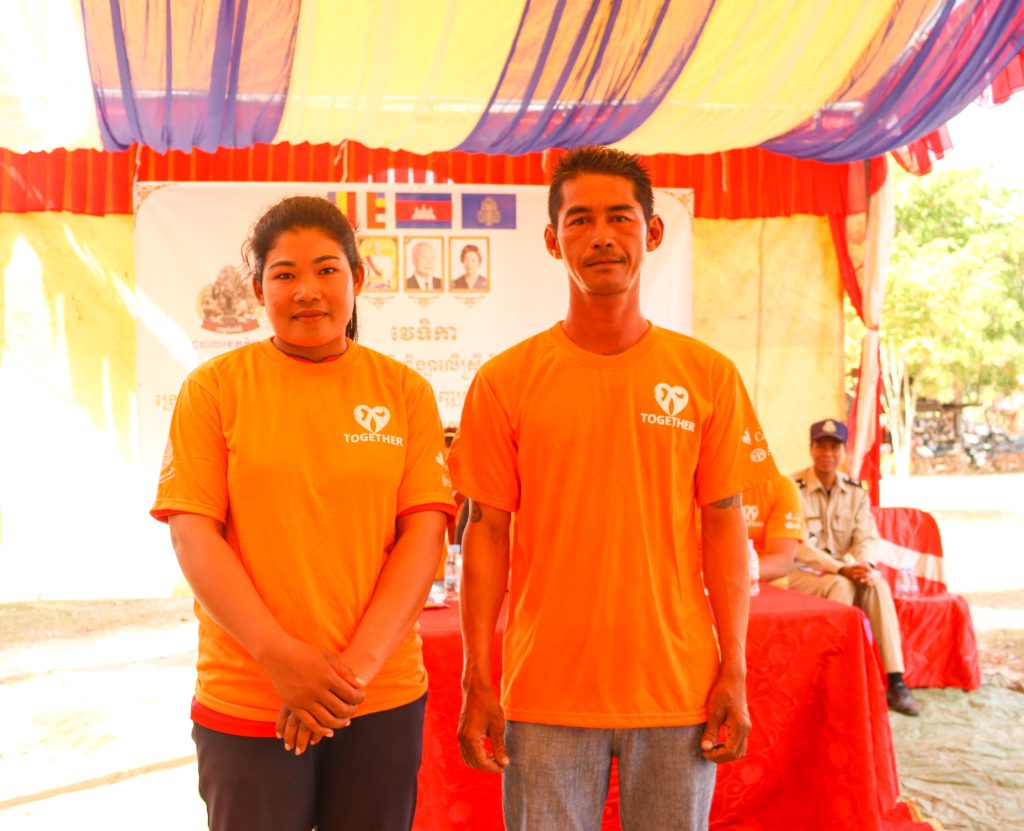 A youth attending the event stated, “this forum is very important for community members when they return and share with people in the community.” 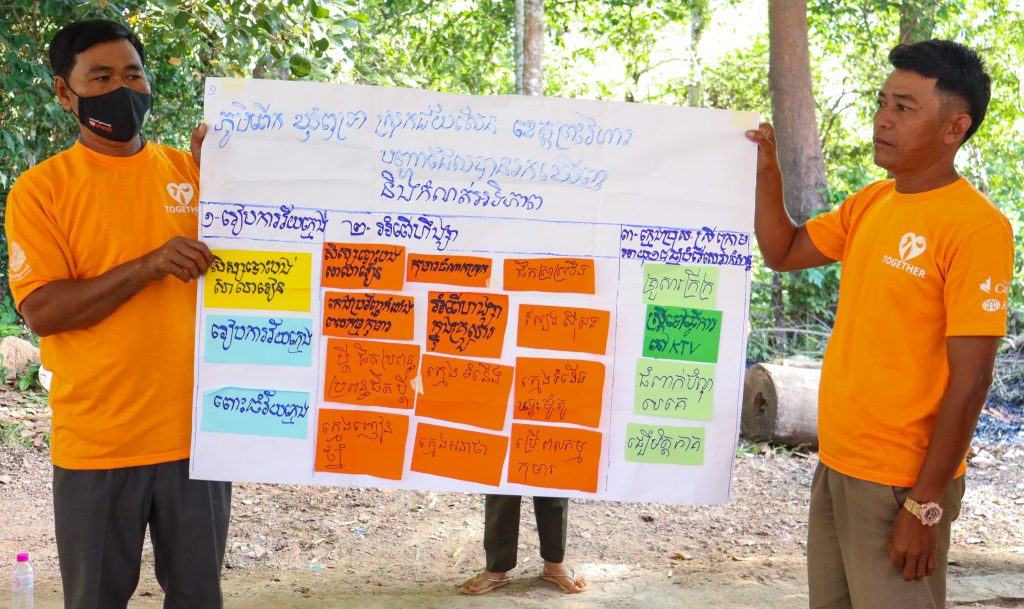 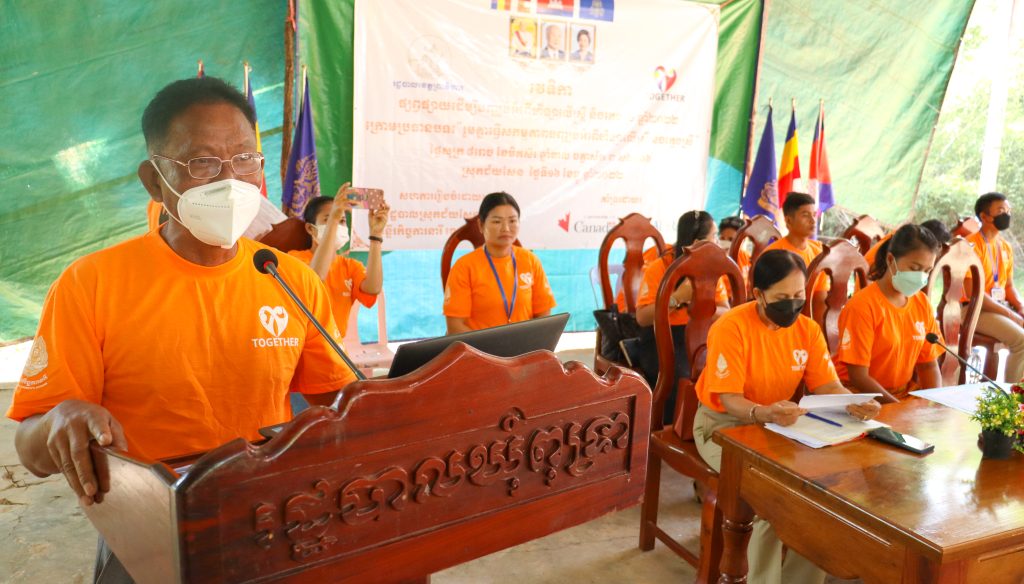 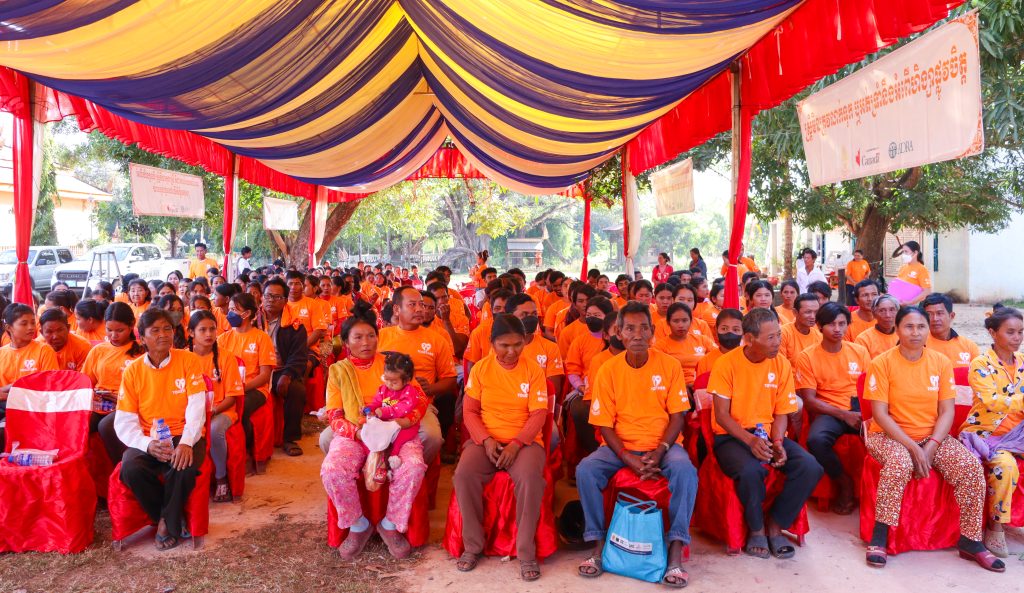 ADRA Cambodia is implementing the “uniting TOwards Gender Equality for enjoyment of women’s and girls’ Total HEalth and Rights” (TOGETHER) project thanks to generous funding from the Government of Canada. Supported by ADRA Canada, SickKids and Salanga, this gender-transformative 6-year project will ensure that nearly two hundred thousand girls, women, boys and men in Cambodia, Kenya, the Philippines, and Uganda are enabled to exercise their health-related human rights.